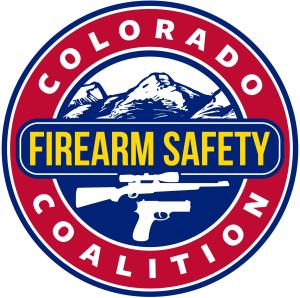 Suicide is a complex problem that needs a comprehensive approach for prevention. National statistics show that suicide is a leading – and growing – cause of death. Behind each of those statistics is a life lost, surrounded by grieving friends and family. Together, we can provide help and hope.

While each death is unique, understanding common patterns or risk factors is important. In the United States, about half of all US suicide deaths are due to a firearm.

Having a firearm in the home triples the odds of death by suicide – but not because the gun prompts thoughts of suicide, or because people who live with guns are more likely to attempt suicide.

It’s because firearms are the most lethal method of suicide. For every 10 people who attempt suicide with a firearm, 9 will die. That’s a much higher death rate compared to medication overdose or other methods. With a gun, there’s usually not a second chance to call 911 or seek medical treatment. It’s a permanent solution to what is often a temporary problem.

And, if a gun’s not available, most people won’t just find another way. In fact, 90% of people who survive an attempt don’t later die by suicide. These are often temporary crises.

That’s why putting time and distance between a suicidal individual and firearms (or other lethal methods) can save lives! This can mean locking up firearms, temporarily moving them out of a home, or finding other ways to limit access for the person at risk.

If you’re an individual wondering about how to help friends, family, or yourself, think about how to make homes safe during tough times. Learn more:

If you’re a clinician who cares for people at risk of suicide, talk to them about reducing access to firearms and other lethal methods. Learn more:

If you’re a firearm retailer or range owner interested in helping prevent suicide, you can get involved in local or national efforts. Learn more: